Until September 4, the Olivier Debré Center for Contemporary Creation in Tours launches the first round of the France-Portugal season, inviting artists exclusively. Already historical revelations (Vieira da Silva, Helena Almeida) or rather recent ones (Ana Vigidal, Patricia Almeida), show the liveliness of a local scene or scattered in big capitals like Paris, London or Munich.

” The trajectory of these artists has its roots in Portugalsays Isabel Mota, president of the Board of Directors of the Calouste Gulbenkian Foundation, but we will soon see that their imagination and even their goals (provided these artists have an end in mind) quickly overflow with narrow geographical notions and only conceptions of national identity. “. This introduction to the exhibition “Everything I want” at the CCCOD in Tours says that it is not a nationalist affirmation but a proposal aimed at showing the liveliness of a feminine Portuguese art. It deals with questions of feminine identity , as well as colonialism or the sustainable future.It is part of the program of the France-Portugal 2022 crossover season, implemented in France by the Institut français.

The tour begins on the ground floor of the building built in 2017 by the Portuguese agency Aires Mateus. In the blinding darkness, the canvases of early 20th-century artists collide with their original offerings, notably the portraits and self-portraits of Aurelia de Sousa, Maria Helena Vieira da Silva, and Sarah Affonso. ” Aurelia de Sousa points to a first historical moment of awareness of the author’s affirmationexplain the two curators of the exhibition, Helena de Freitas and Bruno Marchand. Through the obsessive marking of his self-representation and the determination of a confident gaze turned outwards, the artist affirms the displacement of the artist’s place in art, from muse to author. “. 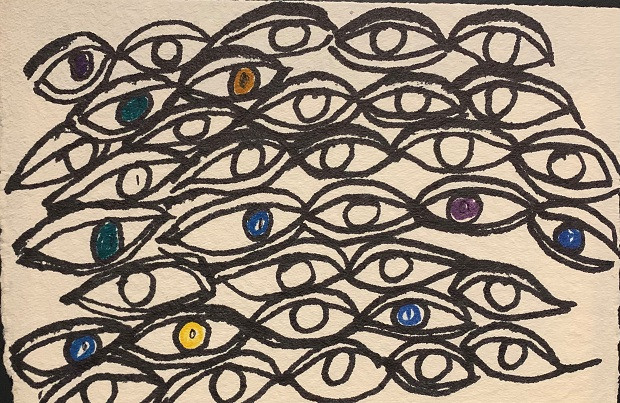 Study for the Theater of the Eyes (1980) by Maria Helena Vieira da Silva, featured in the exhibition “Everything I Want”, CCCOD de Tours, 2022 (©Guy Boyer)

A very fine set of paintings by Helena Vieira da Silva forms the heart of this historical section. From an enigmatic self-portrait (Me reflecting on the painting.1936-1937) with compositions traversed by a labyrinthine network of lines in perspective (the chess game, 1943), the first part of his work is wisely developed. It is with great pleasure that we stop at this late study for the eye theater (1980) in ink and markers on paper, recalling the artist’s taste for theater and stage. From La Scale (The eyes) in 1937 in Gerard Philippe Theater (1975), develops series on the gaze. 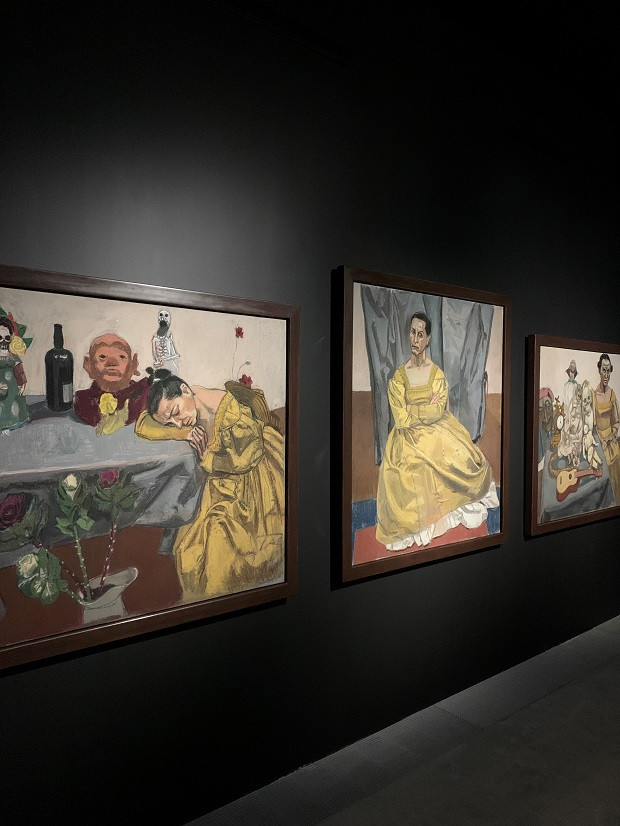 Between Aurelia de Sousa and Menez, triumphs the incredible Paula Rego, monumental, with a pastel triptych entitled vanities. In the center, the London-based Portuguese artist was depicted triumphant, in an impressive yellow dress, with her arms crossed, in front of a blue curtain, like a moody Madonna. On either side of her we find her seated, with her head resting on a table, surrounded by small skeletons or holding a sickle. Paula Rego thus rises above Death, stronger than the Grim Reaper. 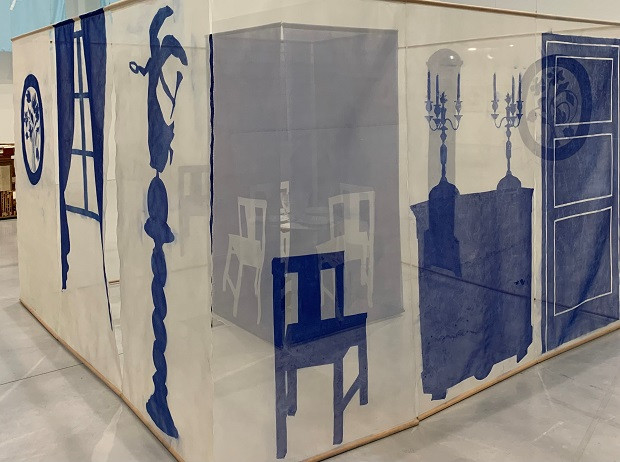 Among the forty selected artists, it is difficult to highlight one above another, since the proposals are very different. From the photographs of the body of Helena Almeida to the installations-environments of Ana Viera, the approaches are very opposite. However, on the first floor of the CCCOD, the presence of everyday life and mass culture in modern art seems to be a common thread. Objects of everyday life appear like blue ghosts on the walls of this nylon mesh dining room: furniture, bouquets of flowers, curtains… A world that can also seem to be a source of confinement for women. 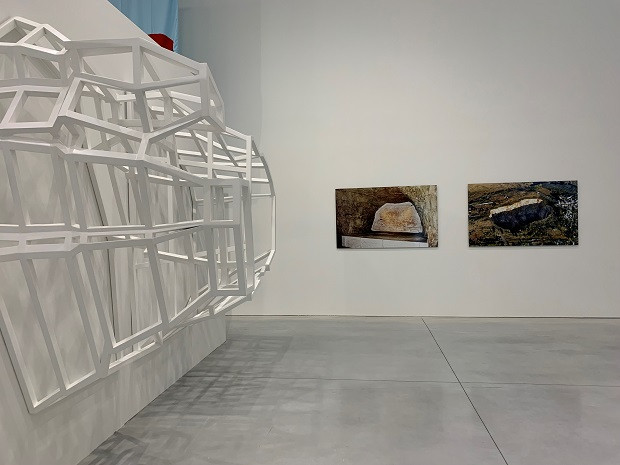 The house is still present in the cubic sculpture by Patricia Garrido, You move like a cube (2013), made up of window and furniture elements. A little further on, although not easy to read, Angela Ferreira’s piece fits perfectly into this chapter on life and construction. The nature paintings of Maria Capelo contrast with the wooden structures of Angela Ferreira, taking up the volumes of caves that can be seen in the nearby photographs. 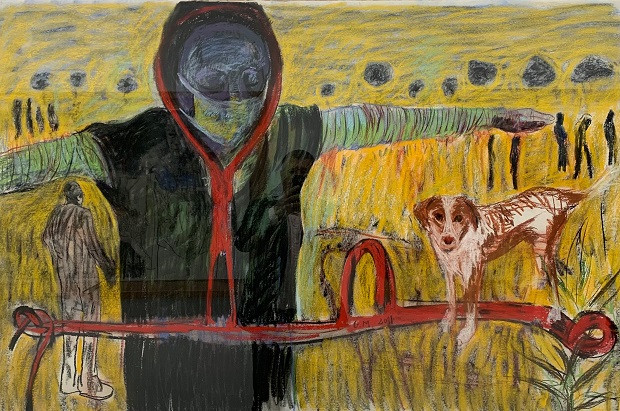 Union struggles of the railway workers that appear in the flags of Carla Felipe or the desperation of the immigrants in the canvases of Graça Morais, politics is also present in the course of the exhibition. In these works, the curators conclude, “ raw images give us back the brutality of reality in the form of direct figurative representation, showing us moments of a current drama and freezing, once again, the historical drama of humanity “.