Both a personal story and a reflection on environmental laidophobia, ugly sheds light on ugly culture. The author wishes to highlight one of the most ignored forms of discrimination.

In the second year, at the Notre-Dame de Roberval school, she was often alone at recess. I no longer know if it was by choice or lack of friends, in any case I don’t have the sad memory of a rejection, but of a melancholy loneliness in which, at times, I liked myself. It must be said that the landscape lent itself to this: the schoolyard ended at the source of the lake, and on gray and windy days, the waves crossed the fence and came to die on the asphalt, at the feet of the ugly girls. . […]

Children, first we are pushed into ugliness, then they lock us up there twice. Then it becomes home, it becomes me. The center, where beauty runs wild, is an alien space where we do not find our community. We don’t want to leave Uglyland anymore. We just want to be there alone and walk in peace. Where the beautiful season is autumn. […]

Wanting to go unnoticed, my posture has adapted; the pelvis forward, the head resting on the trunk, the shoulders tucked in, a small egg to protect everything from blows that could come from behind, and the top of the head splitting the air to go faster to isolated places. After years of trying, I can say that it offers little protection and instead attracts more ridicule. Also, although we hope, our shoulders can never carry the weight of the world. However, the posture is durable; once in place, it cannot be easily removed and physical therapy is expensive. […]

I had many beautiful friends. Contrary to some bad movies, I never felt like I was being used as a foil. I also didn’t envy them to the point of hating or wishing them ill and I didn’t feel in competition with them; We belonged to different cultures. Between the beautiful and the ugly, there is above all curiosity. And I hope that there is no more rivalry between beauties, that it is just a construction of the media. I have often wondered what it was like to look beautiful in the eyes of others, to have the confidence, walking into a room, to please the most people. I even asked a friend the question, who took it badly. It was ridiculous. Nobody can answer this question: we evolved in one or another of the cultures. And you can’t rely on a person’s appearance to tell what field he’s in, since it all depends on his personal background. There are people in Laideronnie who fully comply with the canons, but whose appearance has changed or who, despite having an image that meets the criteria, have received sufficiently mortifying criticism. If they feel ugly inside, at least they enjoy the privilege of not being considered ugly in the eyes of others. While some people who do not comply do not live there or no longer live there. Maybe they have never experienced rejection, maybe they have invested in the best psychiatrists. My beautiful friend who couldn’t answer my silly question may be living with me at Ugly.

Who is Karen Martel?

Kareen Martel spent her childhood in Lac-Saint-Jean, crossed her youth in Quebec and now ages in Gatineau. She graduated in letters, she has published poems, among others, in magazines Holder, Moebius, meninges Y 17 secondsand stories, especially in News from Gatineau! (Winds from the West). 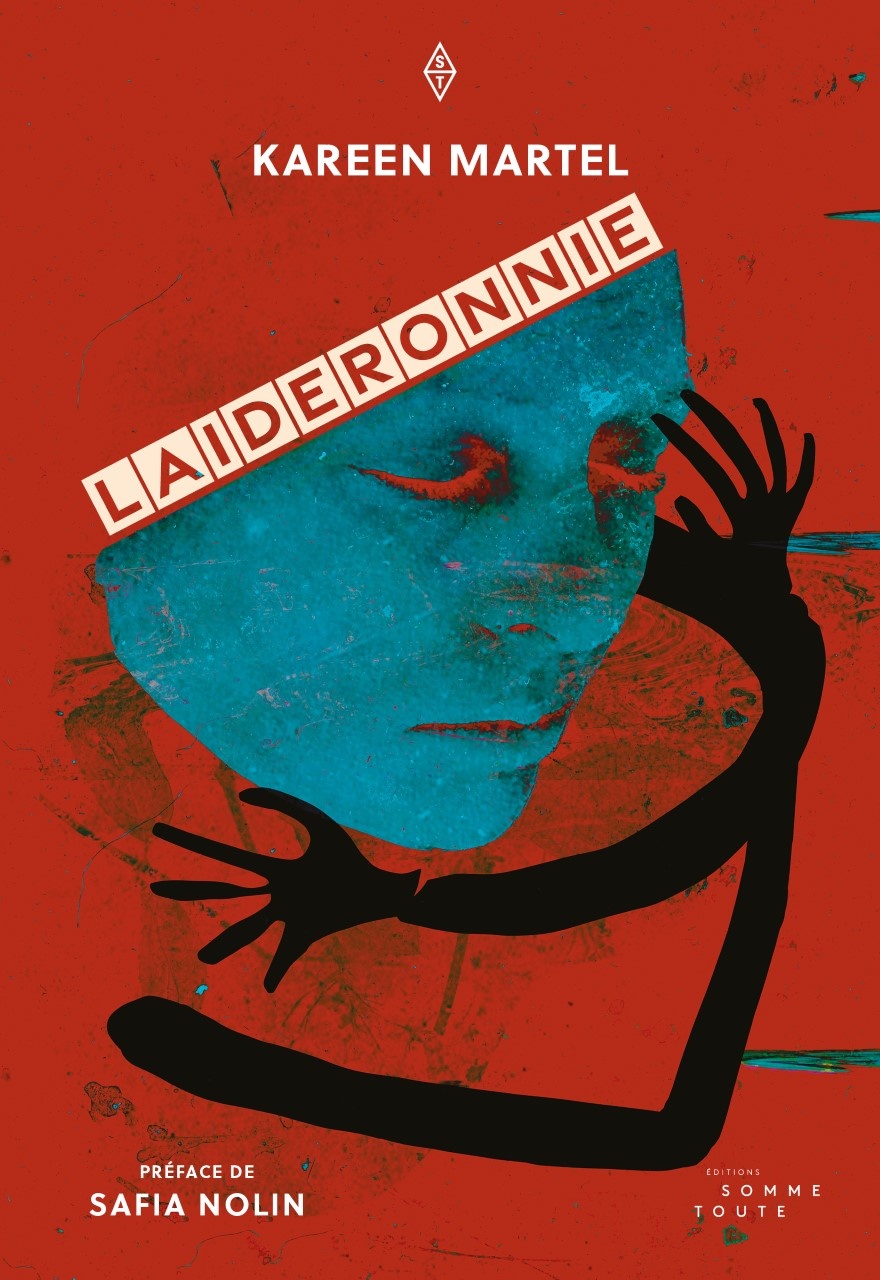 All in all editions
March 2022