Co-built and realized in partnership with the agricultural ecosystem and, in particular, the scientific ecosystem (INRA, IAV, ENA UM6P), these platforms are installed in the fields of volunteer farmers and allow better demonstration of the considerable impact of adoption. agricultural practices on the yield and quality of agricultural production, the income generated and also on the reasoned consumption of fertilizers. The objective is to create an effect of emulation and induction led by the farmers who have welcomed these demonstration platforms, authentic ambassadors of good practices and guarantors of the continuity of the effort. Achievements in the horticultural sector confirm the success of this approach. More than 2,752 horticulture demonstration platforms since the launch of the initiative have thus benefited 1,370 farmers.

These platforms are distributed throughout the different agricultural provinces of Morocco. They affected 8 vegetable crops and management types, namely gravity irrigation and localized irrigation, in the different agricultural production areas of the Kingdom. Let us mention in this sense: watermelon, melon, potato, peanut, artichoke, zucchini, tomato and onion. Between 2020 and 2021, no less than 926 platforms were launched, that is, 386 beneficiary farmers in 27 provinces, that is, 88 covered municipalities. For the 2021-2022 season, this program covers 605 demonstration horticulture platforms and 250 beneficiary farmers. The evaluation highlights 9 affected regions, that is, 20 provinces and 60 selected territorial municipalities. The affected crops are, in fact, watermelon, melon, niora, courgette, tomato, onion and potato.

The horticulture demonstration platforms benefit from local scientific monitoring provided by agricultural engineers from Al Moutmir and mobilized experts from the various national scientific institutions. In reference to the Group, the technical itinerary adopted in the demonstration platforms focuses on integrated crop management (PCI). Each program is based on 4 pillars: rational management of irrigation water, tailor-made fertilization, comprehensive crop protection and the use of specialty products. The Vegetable Crop Demonstration Platform program ensures rationalization of NPK nutrient use through the use of specific, tailor-made formulations based on soil test results and produced by smart mixers. This technology aims to produce tailor-made NPK formulas for each agricultural plot, according to the macro and micronutrient needs of the plant, based on soil analysis and potential yield.

A solution that thus makes it possible to provide a balanced diet adapted to the crop and the plant. It should be noted that the deployment of Smart Blender production units in partnership with national fertilizer distributor and aggregator manufacturing partners has so far enabled the production of tailor-made NPK Blend fertilizers at local unit level as close as possible to farmers. In total, more than 50 points of sale are already operational in different regions of the Kingdom. As a reminder, Al Moutmir benefits from the scientific and operational support of the Mohammed VI Polytechnic University of Benguerir. It is, in fact, all the components of the initiative and the provision of national and international agronomic knowledge constantly mobilized to provide their knowledge and scientific support.

The support of the Mohammed VI Polytechnic University of Benguerir also includes the training of the Al Moutmir teams and the entire ecosystem with which they interact as part of the deployment of the initiative, as well as the provision of high-level infrastructures, in this case laboratories soil analysis, experimental farms, innovation platforms, incubators, etc. The commitment is to position the services and offers offered at the height of international standards.

Revenues are consolidated between 23 and 34% 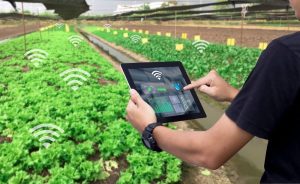 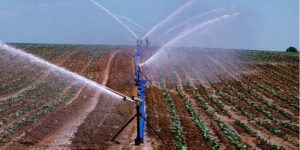 The optimal management of irrigation added to an optimal technical itinerary allowed the demonstration platforms not only to improve the yield and quality of production, but also to preserve water resources. This means improving the productivity of irrigation water between 5 and 26% compared to the control, depending on the crop. It should be remembered that all demo platforms benefit from sound planning and management. The objective is to guarantee the efficient use of water resources. This approach begins with soil analysis, choosing the most suitable crops and varieties, including irrigation recommendation, and monitoring the crop throughout its growth stages.