After the sad events of last week, we hope to find calm through music. Here are our editor’s picks for April 25 to May 1.

Laval Symphony Orchestra presents a complete Rachmaninoff piano concerto (and the Rhapsody on a Theme of Paganini) with five pianists, in two concerts, under the direction ofAlain Truell. Tomorrow April 26 we will be able to listen to the pianists Antoine Laporte Elisabeth Pion Y Serhii Salov in Concerts nº 1, 2 and 4. On Wednesday it will be the turn of Jean-Philippe Silvestrewith Concert no. 3, and richard raymond, with the Rhapsody. Quite an event! April 26 and 27, 7:30 p.m., Salle André-Mathieu. DETAILS

The Bourgie room presents six concerts this week, three from its own season and three from the Arion baroque orchestra.

April 27, 7:30 p.m.: OSM Musicians. To pay homage to Olivier Messiaen, who died on April 27 thirty years ago this year, the OSM musicians offer one of his main works, the Quartet for the end of time, inspired by the Apocalypse of Saint John and composed in 1941 while he was imprisoned in a camp in Germany. DETAILS AND TICKETS

April 28, 19:30: Kinan Azmeh, A clarinettist of Syrian origin, he is back in Montreal, this time with his New York ensemble, in a repertoire at the crossroads of jazz and the Orient. DETAILS AND TICKETS

April 29 to May 1: Arion Baroque Orchestra in large formation under the direction of Mathieu Lussier interprets the great orchestral pages of the music that accompanied the king’s dinners throughout the Age of Enlightenment. Three concerts: April 29, 7:30 p.m.; April 30, 6 p.m. and May 1, 2 p.m. DETAILS

this week theMontreal Classical Orchestra and thecaprice set will pay tribute to the late artistic director of the OCM, Boris Brott, who died a few weeks ago in a brutal accident. This concert will be directed by Matthias Maute. The two ensembles will perform two of the suites of water music of Handel. For her part, the soprano Karina Gauvin will sing Handel’s most virtuoso airs. we will also hear Concerto Antico: ‘Through a smoked glass’from Dutch-Canadian Jaap Nico Burger and theArabesque fromAlexander Brottpresenting Chloe DominguezPrincipal cellist of the CMO. April 28, 7:30 p.m., Pierre-Mercure Hall. DETAILS AND TICKETS.

Historic Chapel of the Good Shepherd

The Historic Chapel of the Good Shepherd presents two events this week.

April 27, noon: recital of the winners of the OMNI Competition of the Orchester Métropolitain. DETAILS

April 28, 7:30 p.m.: About the double bass. The double bass is the protagonist of this concert starring Ali Yazdanfar, principal contrabass of the OSM. With Frederick Lambert (high) and brigitte poulin (piano). DETAILS 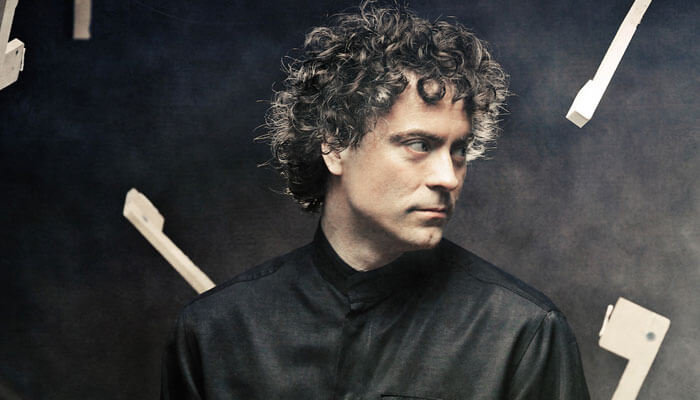 Beethoven and Mozart in OM

The pianist paul lewis perform the concert for piano no. 5 Beethoven’s “Emperor” under the direction of the conductor Jane Glover. In the same programme, Mozart’s Symphony No. 31 and Chevalier de Saint-George’s Symphony No. 1. April 29, 7:30 p.m., Maison symphonique. DETAILS AND TICKETS.

The FILMHarmonique orchestra presents Les Planètes, by Gustav Holst, as well as other pieces related to the theme of space, such as excerpts from Star Wars, under the direction of Francis Choinière. April 30, 7:30 p.m., Maison symphonique. DETAILS AND TICKETS

This week the last concert of the cycle of tributes to the composers of the SMCQ will take place. It is dedicated to the composer. Linda Bouchard. May 1, 3 p.m., Pierre-Mercure room. DETAILS AND TICKETS

In its broader 40-voice incarnation, boreal voices combines Slavic choral music of the past and present, from Rachmaninoff’s Orthodox masterpiece Vespers to the works of composers of Russian and Ukrainian origin. April 30, 7:30 pm, Westmount St-Leon Church. DETAILS AND TICKETS 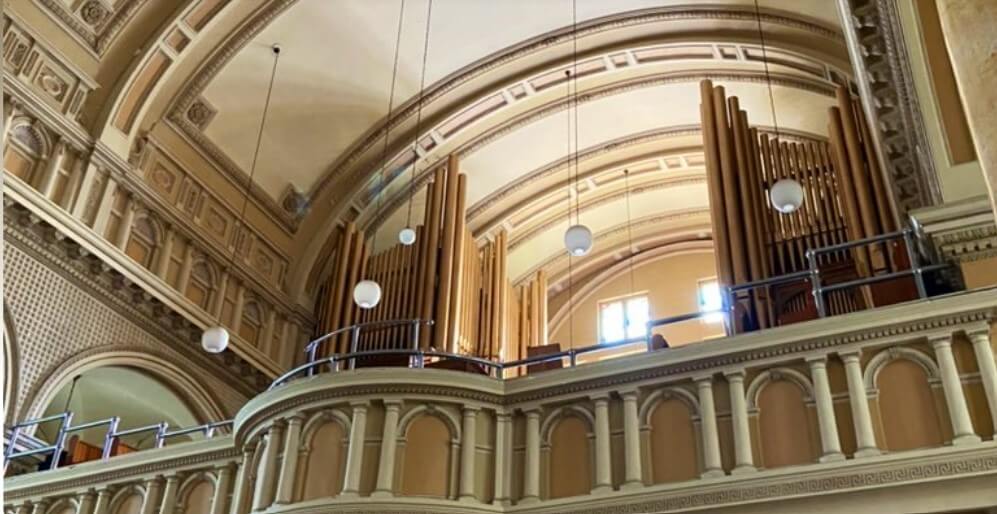 The Friends of the Montreal Organ I invite you to Raphaël ASHBY’s recital. An exceptional concert because the Casavant organ of the Saint-Charles church in Pointe-St-Charles is very rarely heard in concert. Don’t miss the beautiful program created by Raphaël, especially to highlight all the colors of this centenary organ! On the programme: Tournemire, Liszt, Langlais, Bridge, St-Saens, Bach, Paduci. Free entry. April 29, 7:30 p.m., Pointe St-Charles Church. DETAILS

Subscribe to our newsletter! Classical music and opera in 5 minutes, every day HERE

Caroline discovered music at the age of 4 while watching a pianist perform at a wedding. She later learned this instrument and obtained her degree in music at Laval University in the class of Joël Pasquier. She became a music journalist in 2009 at La Presse, where she wrote articles until 2017, she was able to combine her two passions: music and words. She is editor-in-chief of Ludwig van Montreal.

Caroline discovered music at the age of 4 while watching a pianist perform at a wedding. She later learned this instrument and obtained her degree in music at Laval University in the class of Joël Pasquier. She became a music journalist in 2009 at La Presse, where she wrote articles until 2017, she was able to combine her two passions: music and words. She is editor-in-chief of Ludwig van Montreal.