A dancer suspended more than 100 meters above the void, the mountains and a sunset… on the mountainside, Hugo Manhes’s incredibly poetic latest film is online on the web and social media from Wednesday. And once again, the images are impressive and the landscape majestic and grand.

Since 2018, the independent director of Aurillac has been committed to creating an aesthetic and narrative universe that attempts to explore the synergies between man and the four elements water, earth, air and fire.

“This work aims to demonstrate the infinite possibilities offered by natural relief and the opportunity that man has to develop all his creativity there: gliding, flying, dancing, day and night, on water, on rock, in the air. … The freedom of creation is total and without limits. I want to question the viewer about the durability of the purity of these elements and these reliefs. Will the open spaces, our fields of expression, be equally rich in the coming decades? »

After setting fire to a skier to denounce global warming in dream consumedlit up a Breton coastline for a stormy night surf session in The torchfollowed by skaters speeding down a mountain road after dark on burning boards in the fire of adolescenceWithout forget Seasons, a natural and wild immersion in Cantal to the rhythm of the four seasons, Hugo Manhes returns with a new film. In line with his previous short films, on the mountainside It deals with the movements of a dancer in the air and his appreciation of emptiness.

Seasons, the film by the collective of Cantal MadCow and the director of Aurillacois Hugo Manhes

Six months of preparation for the technical and aesthetic performance

For this project, Hugo Manhes placed his cameras almost 1,500 meters above sea level, on the side of the road that leads to Pas de Peyrol, last November. “It was an intense shoot, super enjoyable, but stressful,” confesses the former student of the Émile-Duclaux high school in Aurillac.

From rig construction to security and logistics issues to the vagaries of the weather, it took no less than six months of preparation to shoot this film. “Many elements opposed the realization of this project,” he recalls, starting with the technical aspect.
In the mountains, and especially in November, the weather is particularly changeable. The winds of the Col de Redondet made it difficult and dangerous to install a crane and a 60 meter high mast, at the end of which the dancer Link Berthomieux had to move, on a very minimalist platform in the middle of the mountain. ..

“This perception of the winds and this sensation of height are multiplied by ten. It was about managing to appropriate both the movements of the air and the platform, surpassing themselves physically and mentally to achieve a dance whose grammar continues to be specific to that of the dancer. »

A technical and aesthetic performance, for a superb and vertiginous result.

The last film in a series of five short films.

On the hillside closes a series of five short films entitled into the night, each episode takes place in a wild and natural setting, which is injected with an airy and unique atmosphere. The narrative framework of each of these films has one thing in common: it heads off into the night.

A native of Aurillac, Hugo Manhes has made a completely new surf film

Note that for this new production, Hugo Manhes wanted to control the entire production chain, from production to musical composition. The joined forces with Rivière Salée, a Parisian artist who has been composing for several years, for music. It took her two months to release this song, which has since become a single available on all digital music streaming platforms. 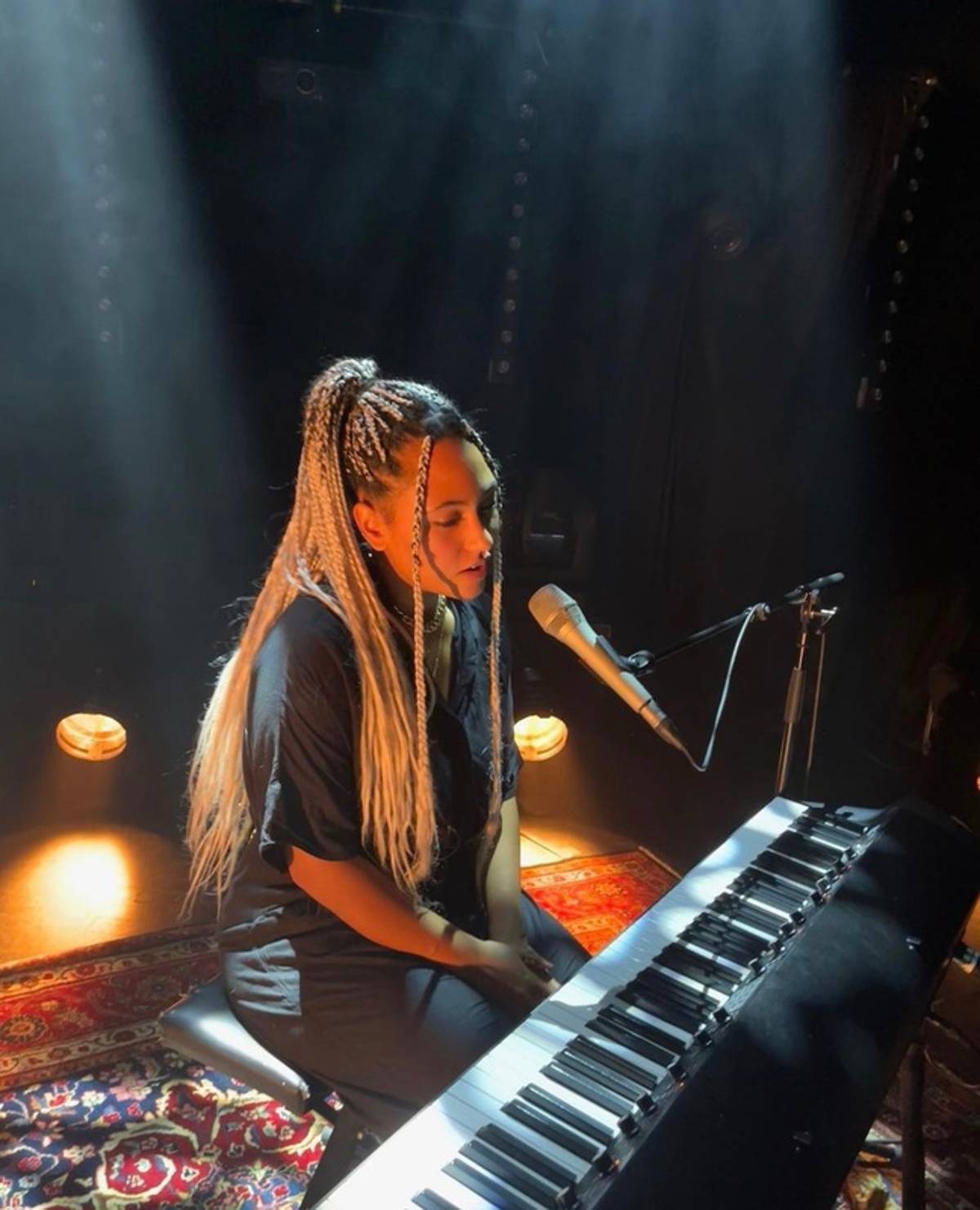 Singer Illa, present on the latest season of The Voice, as well as sound engineer Alex Gopher, whose name appears alongside the big names on the French scene, also worked on the project. The result is a soaring track, with heavy percussion, haunting pads, and an ethereal vocal. “This choice marks the continuity of the sound universe of the series: serious and melancholic, like Anna von Hausswolff’s organ or Sébastien Tellier’s CP 80, passing through Nico’s harmonium, used during the previous films”, indicates Hugo Manhes.

“Everything is homemade. It is a handmade process from start to finish, my films are made at a loss. I don’t make any money off of it. Four Cantal organizations helped me: the AOP Cantal, the Department, the large Puy Mary site and the City of Aurillac. I am very happy and grateful, but these are only aids that represent a small part of the total budget of the film (around 20%). The remaining 80% comes from my personal funds and from my company’s cash. If I take out these funds, it is because instead of investing in new equipment or developing my company, I am making a film. And I do it just out of pure passion for the mountains. It is one of the fields that most inspires me in my work, and I try to make it known to as many people as possible. »

A 100% Cantal film. It was filmed at Puy Mary. The dancer is played by Link Berthomieux (his mother, Vendetta Mathea, a French-American choreographer, created La Manufacture in Aurillac in 1992). The company from Cantal Niocel Levage and its manager Pierre Loche have provided a sixty meter boom truck crane. The platform was designed by Aurillac metallurgist Patrick Izoulet. Production was handled by Alpha 296 (a company based in Aurillac). The shots (drones and cameras) were made by Aurillacois, the cinematographic production and the musical composition by Hugo Manhes.