Monday, October 24, meeting with Wajdi Mouawad in the Montaigne room of the French Institute in Lebanon, at 7:30 p.m. Accompanied by actors, Wajdi Mouawad offers a reading on stage. The program has not yet specified the nature of the text in question, but the playwright’s writings almost always address the same themes, we bet it will be about Lebanon and its wars, identity and heartbreak, family and their settling of scores. ..

Wajdi Mouawad was born in Lebanon in 1968, a country from which he fled at the age of ten to settle in France and then in Quebec. He is now director of the Théâtre de la Colline in Paris and his works have been translated all over the world.

As for the meetings, do not miss those of the members of the Goncourt Academy Éric-Emmanuel Schmitt and Camille Laurens in the library of human sciences of the Saint-Joseph University, on Wednesday, October 26 at 11 a.m. and on Thursday, October 27 October (hosted by Salma Kojok) at the Sursock Museum Amphitheater at 6 p.m. 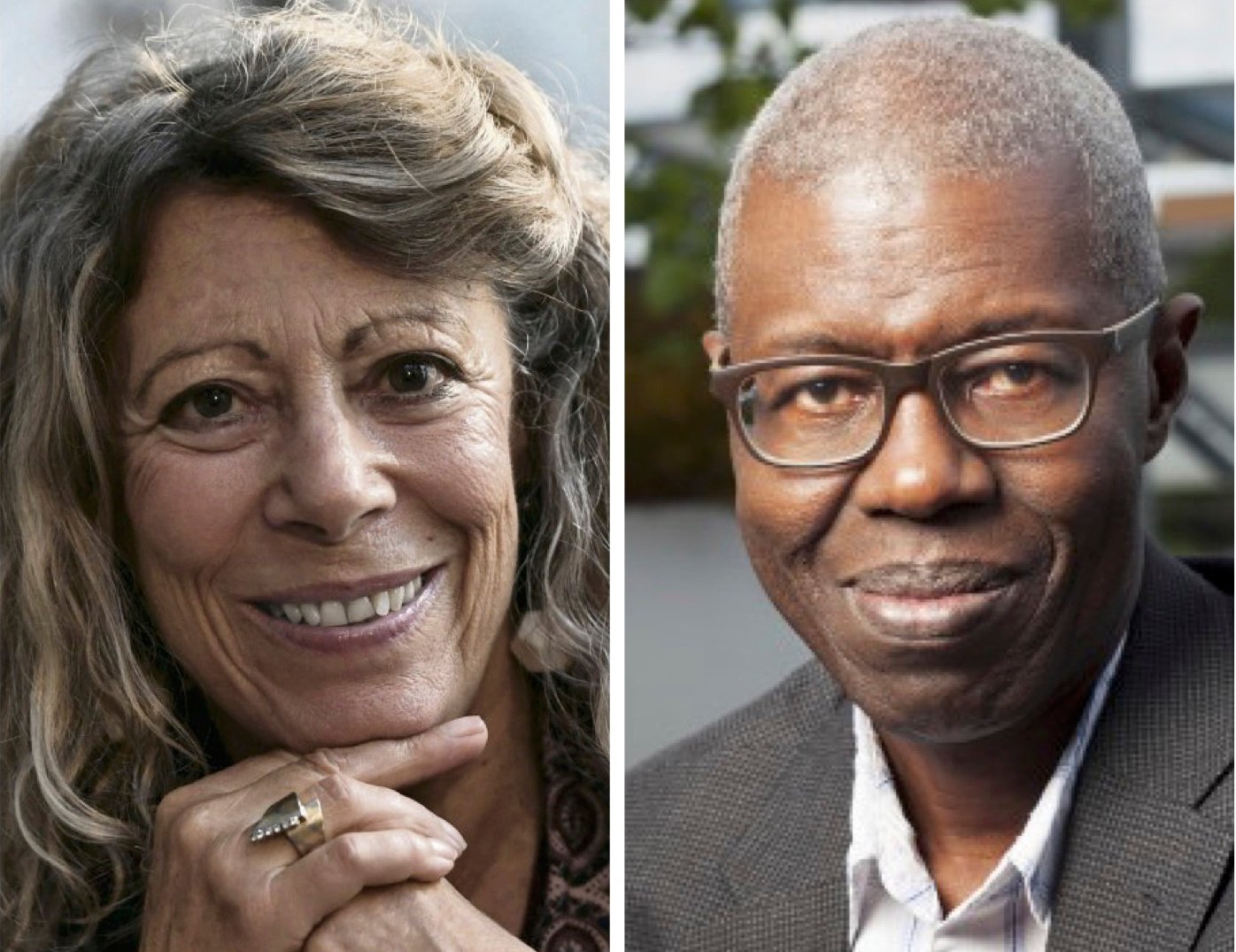 On Thursday, October 27, you will have to choose between the various debates and round tables…

At 6:00 p.m. at the Issam Farès Institute of the American University of Beirut, the Lebanese writer Dominique Eddé, the French-Lebanese researcher and political scientist Ziad Majed and the Lebanese diplomat Nawaf Salam will propose a debate on “The Lebanon of tomorrow”.

At the same time, in the Metro al-Madina there will be a series of discussions on the subject of translation in Lebanon. At 5:30 p.m., two philosophers, Barbara Cassin, a member of the French Academy, and her Senegalese colleague Souleymane Bachir Diagne, will open the dance on the following theme: “Philosophy, language and translation”. At 7:00 p.m., it will continue: “From Arabic to French and from French to Arabic”, in the presence of the Lebanese author and editor Nadine Touma, the Franco-Syrian librarian, historian and essayist Farouk Mardam Bey, from Kohl magazine (based on in Beirut, which deals with issues of gender and sexuality in the Middle East) and the Livre des deux rives (a project that supports dialogue between civil societies on the north and south shores of the Mediterranean through cooperation actions around the book). 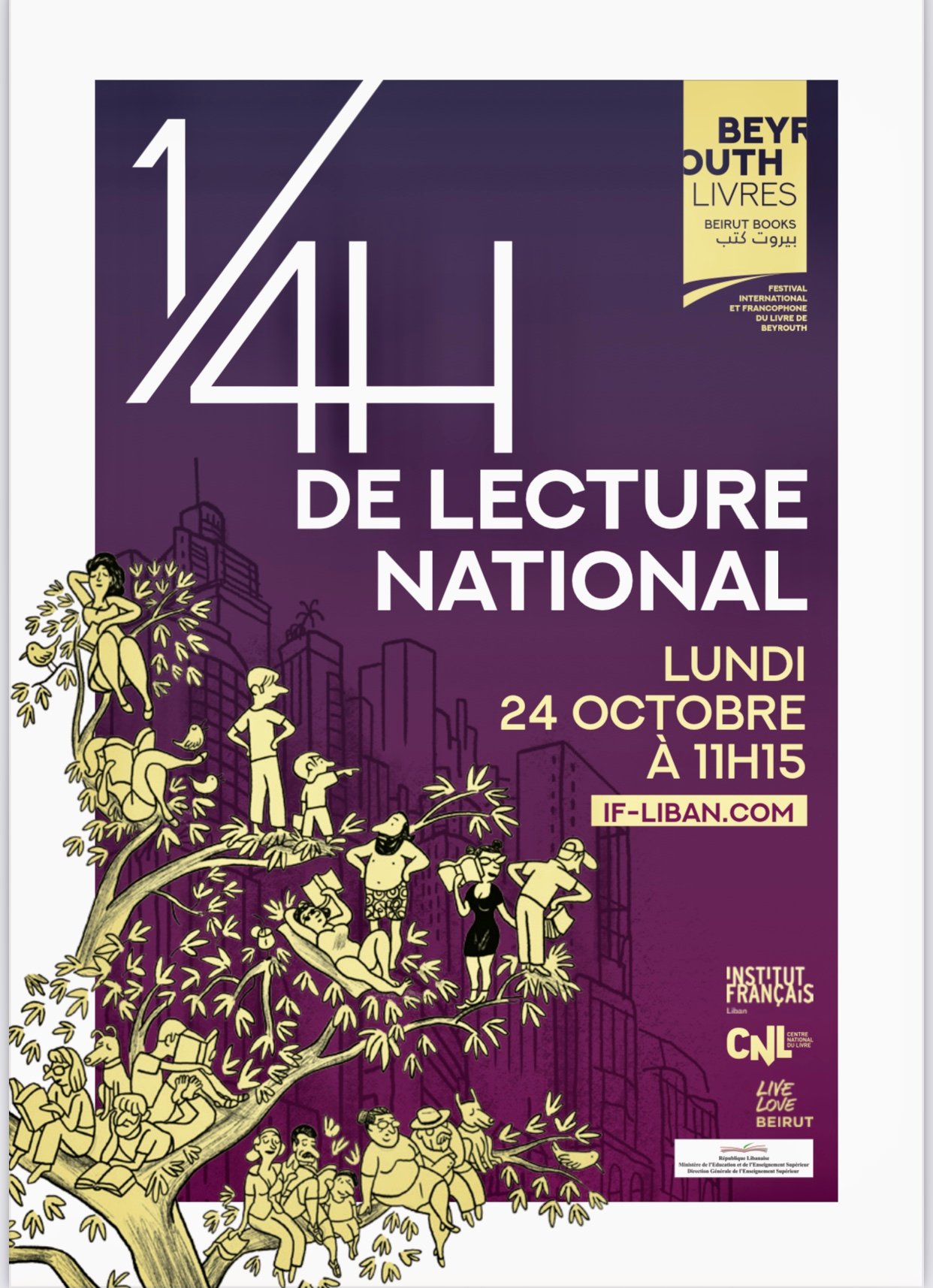 The “A quarter of an hour of reading” poster. Photo DR

Did you know that in addition to improving knowledge, vocabulary, reasoning, concentration and critical thinking, reading increases emotional intelligence, reduces stress and improves mood? So many reasons that should encourage the most recalcitrant to get going. Good thing, the French Institute in Lebanon and the National Book Center launch a “quarter of an hour of national reading”, on Monday, October 24, 2022 at 11:15 a.m., an operation aimed at raising awareness among all Lebanese about the importance of reading How ? By inviting everyone to interrupt all their activities that day, at that precise time (as far as possible, of course!) to take a book and immerse themselves in reading for 15 minutes, that we are in the office, at home , at school, in a cafe or even in line at the door of a bank… To make this quarter of an hour of reading your quarter of an hour as a celebrity, don’t hesitate to share your reading video on the Instagram link #24octobrejelis, tagging the French Institute of Lebanon.

Discover “What’s wrong with us” 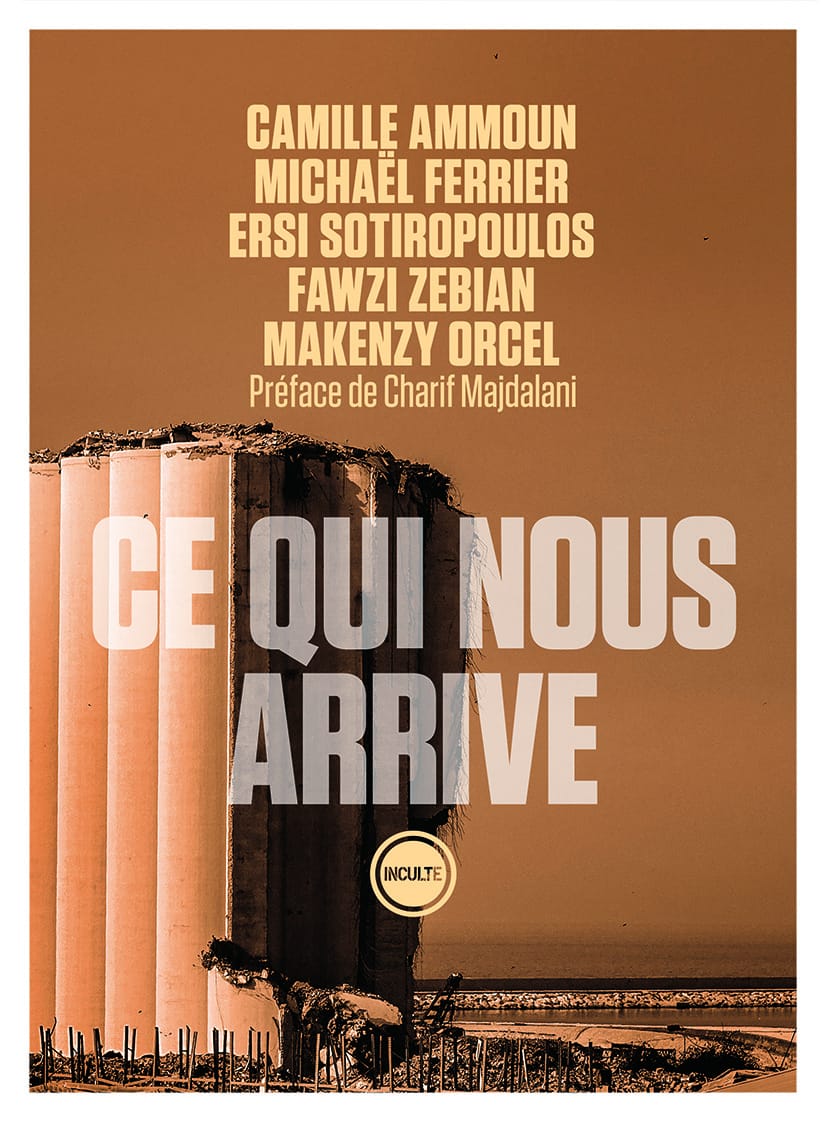 “What happens to us.” Photo DR

Impossible not to stop at What happens to us, a collection of texts by five authors of various nationalities that Inculte editions has just published. Especially since the book, preceded by Charif Majdalani, was produced on the initiative of the International House of Writers in Beirut. We thus find the pages of two Lebanese authors, Camille Ammoun and Fawzi Zebian, directly inspired by the tragedy of August 4, to which are added those of the Haitian Makenzy Orcel, the Greek novelist and philosopher Ersi Sotiropoulos and the French writer and essayist who Michaël Ferrier lives in Japan. A total of five short fictions that outline the state of a literally catastrophic contemporary world (from the Fukushima cataclysm to the economic crises…), while paradoxically offering a real reading pleasure. To which we can add going to listen to Charif Majdalani and Michaël Ferrier discuss the various forms of “Writing disasters”, during a debate that will take place on October 28 in the crypt of the USJ. 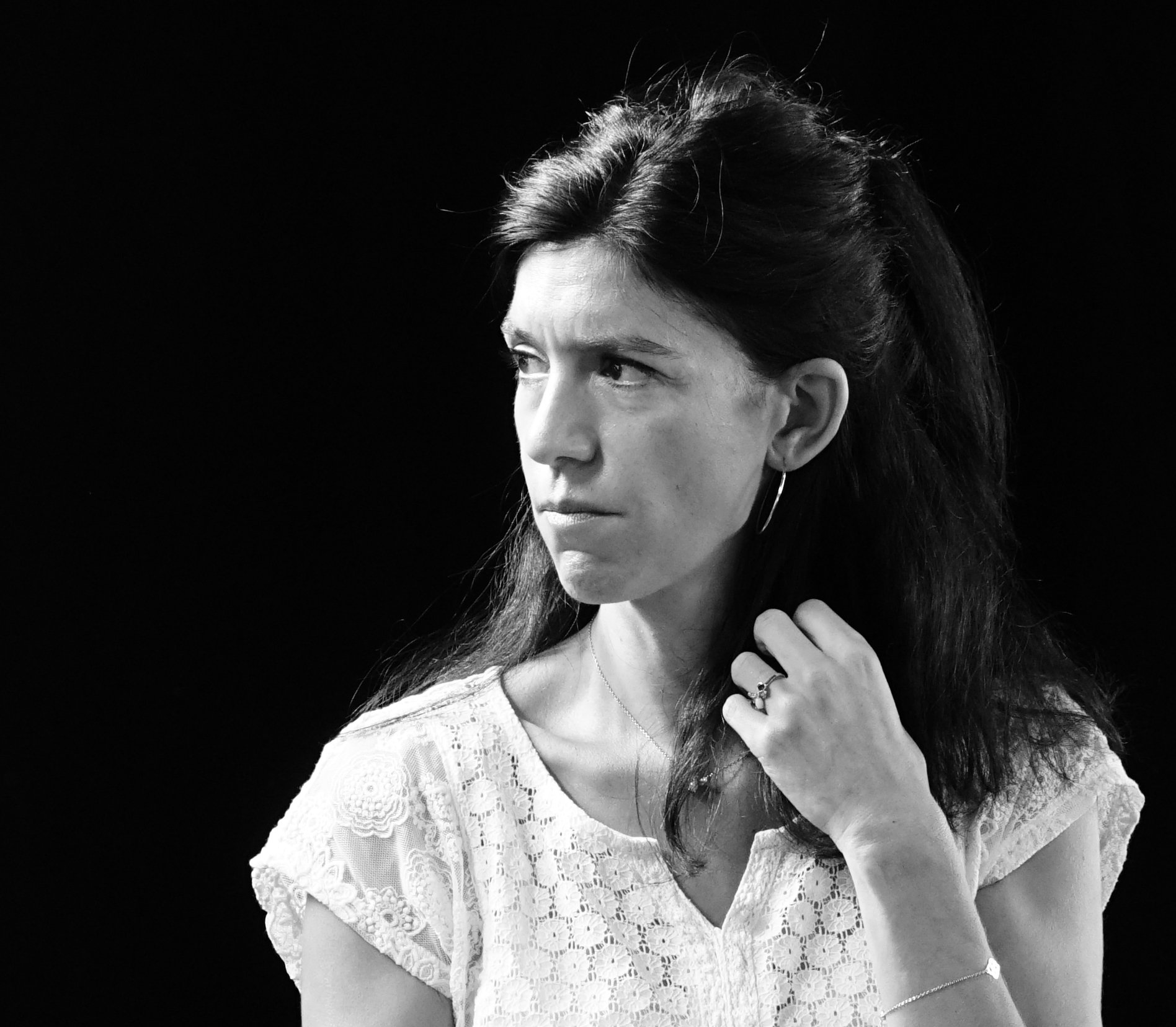 Clara Dupont-Monod, whom we will be able to meet on Saturday, October 29, at 3:30 p.m., at the French Institute, is not looking at her first book. Her novel Adapt of her, Prix Goncourt des lycéens 2021, Prix Femina 2021, is devoured like a story where the stones testify, because the narrator is the stones. “If you keep quiet, the stones will scream. (Gospel according to Luke, 19,40)”, says the epigraph. It is the story of the birth of a disabled child told by his brothers, of a maladjusted child who draws an invisible border between his family and others. This is the story of his place and the commotion it causes within the family. As in fairy tales, strength comes from children, from the mad love of the eldest who protects, who merges with the child, abandons himself to him and loses himself in him, from the youngest in whom his rebellious anger takes root, of the last one who will be able to reconcile the stories. A magnificent and luminous book, sprinkled with hope and love, without moral lessons, without romanticism or pathos, as close as possible to feelings where the extraordinary capacity of adaptation of the human being is revealed. 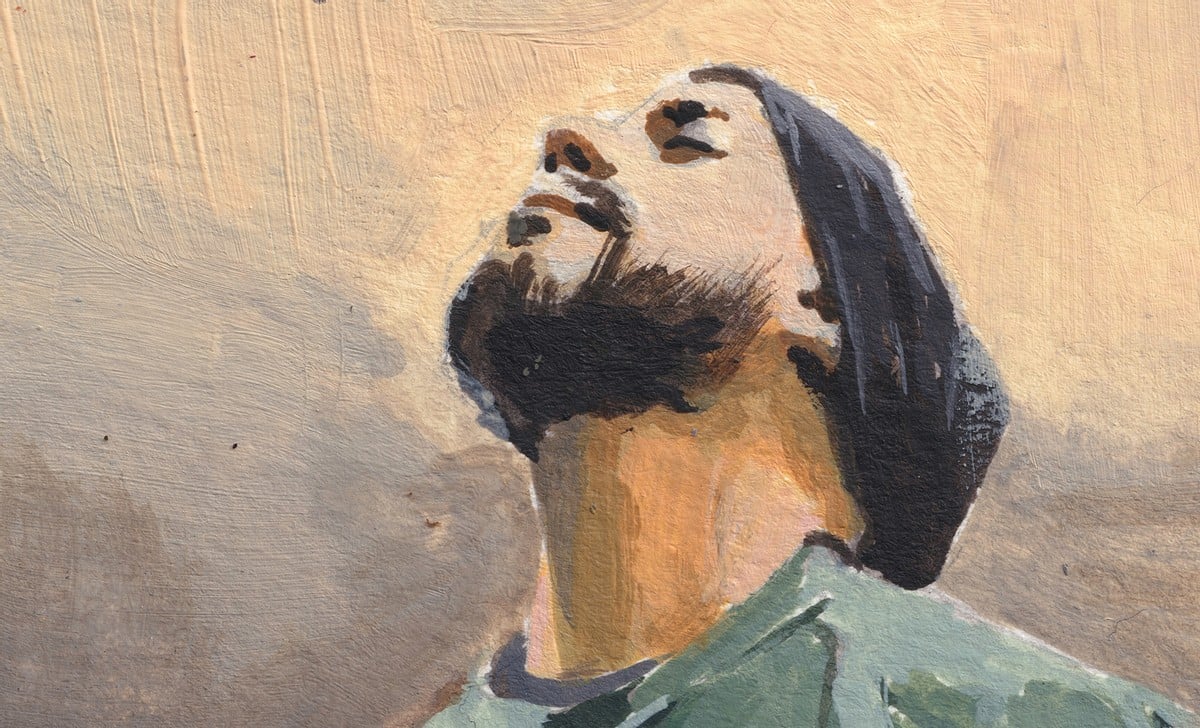 On Saturday, October 29, at 8:30 p.m., on the main stage of the Lebanese French Institute campus in Beirut, Bachar Mar-Khalifé, too often absent from the local scene, returns for a great concert! The Lebanese composer, singer and multi-instrumentalist will present On / Off, the first album of his conceived in Lebanon, in December 2019 during the thaoura. Due to the events, the artist had taken refuge in “Zakrini”, the name of the isolated family home in the mountains north of Beirut, to record his album to the rhythm of electricity, which was cut twice a day: on/ off. This duality will become a source of inspiration for the musician who says he is “obsessed with this rustic environment that sharpens the senses”.

At the French Institute, it will be in an enlightened and percussive mix of jazz, electro, traditional Lebanese music and contemporary music that we will meet. Bachar Mar-Khalifé, a free man, a great lover of music, will use his art to transport us to sounds that oscillate between delicate singing, galvanizing electronic flights and Lebanese music. 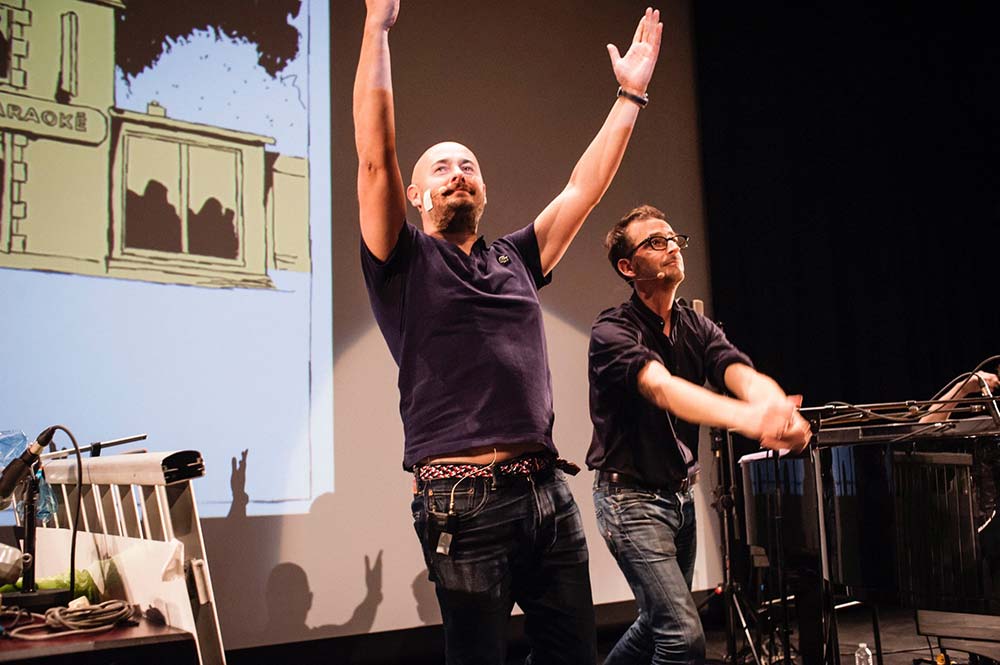 For having forgotten his store loyalty card at the checkout (while it was in his other pants), a man confronted by a security guard with whom he has an altercation flees and becomes public enemy #1 . In the news, on the radio, everywhere, we talk about it. Zaï zaï zaï zaï, a show presented on Friday October 28 at the Monnot theater by Nicolas & Bruno and the musician Mathias Fédou, tells the story of a simple client who becomes the main subject of a media story, trapped in a situation that overcomes it. Adaptation of the comic strip by Fabcaro (Fabrice Caro), the show is presented as the recording of a radio fiction in public. This sound device makes the imagination work by suggesting (in addition to what it gives to see and hear) places, environments, settings… Through this fable, it is a criticism of the French administration and its dysfunctions, where the author contributes Around his character on the run are all the prominent and concerned characters: policemen, neighbors, relatives. A show with biting and corrosive humor.

Drawing, in words and music. 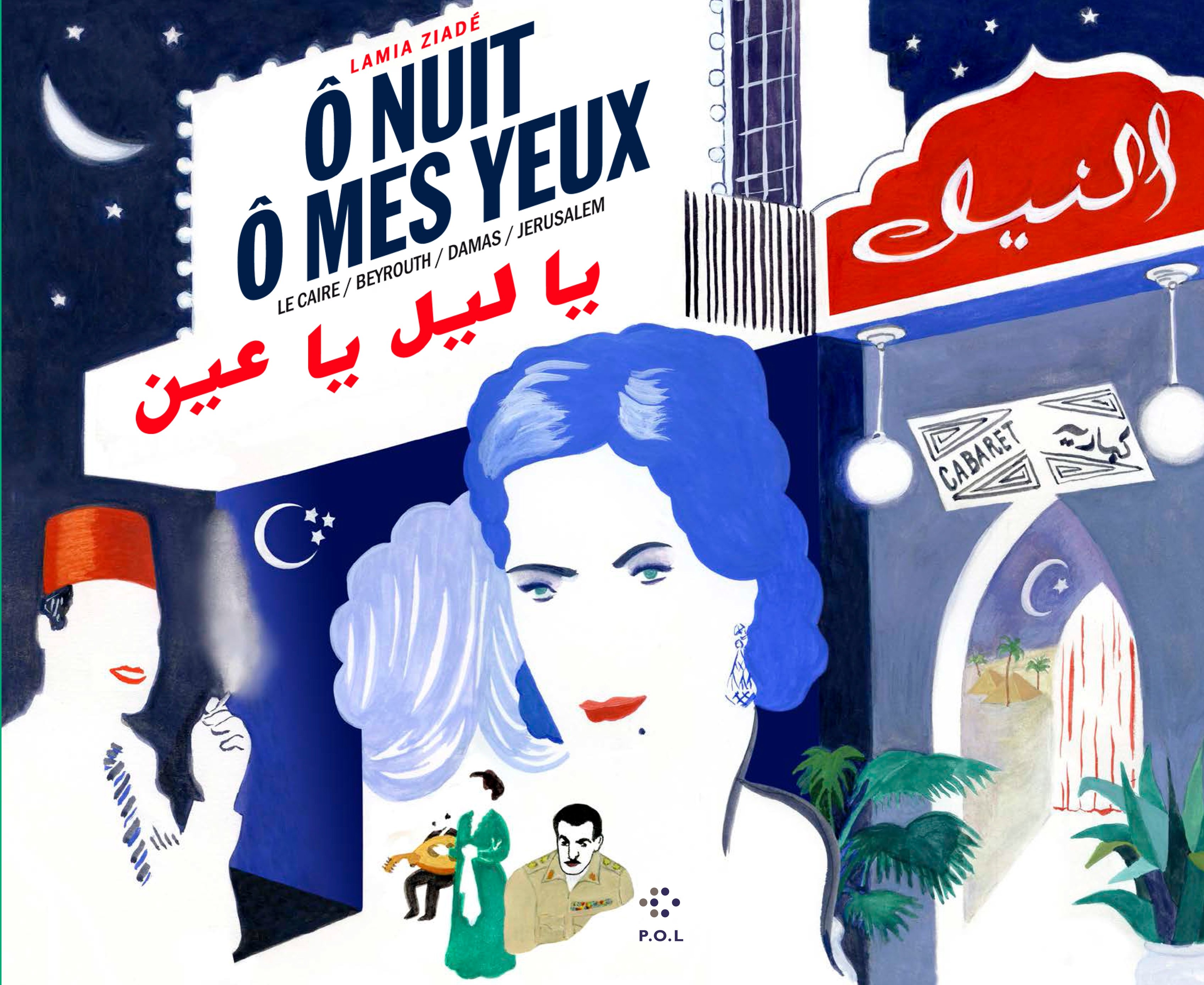 The cheesy and peculiar pencil of Lamia Ziadé. Photo DR

It has become almost impossible to dissociate illustration from literature, as we have seen comics take a major place in the book department, especially in the last five years. The illustration section of Beirut Books is a perfect reflection of this trend, with the comic book writer Charles Berbérian first as designer of the poster for the first edition of this Show. Berbérian, who spent part of his youth in Lebanon, will have around him and the musician Charbel Habre, on October 27, a good number of authors, including Hyam Yared and Marie Darrieussecq, as part of a reading evening and drawing made live at the al-Madina theater. In the first part of this show, Mazen Kerbage will present a French adaptation of her text My father is not Adolf Hitler. For its part, Dar el-Nimer will host from October 27 to December 22 a retrospective of drawings by Lamia Ziadé, who contributed to the kitsch, tender and unconventional imprint of her works Ma très grande mélancolie arabe, Mon port de Beirut, Ô night oh my eyes, or Bye bye Babylone.

ReadingWajdi Mouawad, wars and rootsWajdi Mouawad. Photo Simon Gosselin Monday, October 24, meeting with Wajdi Mouawad in the Montaigne room of the French Institute in Lebanon, at 7:30 p.m. Accompanied by actors, Wajdi Mouawad offers a reading on stage. The program does not yet specify the nature of the text in question, but the playwright’s writings almost always address…