With autumn comes the season of magazines, a specialty of French-speaking Switzerland that combines humor and topicality. The comedians Jean-Luc Barbezat and Yann Lambiel, currently on the bill of the Revue vaudoise, return to this very particular type of show in the Médialogues programme.

Neuchâtel, Monthey or La Chaux-de-Fonds, passing through Geneva, Montreux, Lausanne or Ecuvillens: end-of-year reviews are everywhere in French-speaking Switzerland. These programs twist the news to make fun of it, very tenderly, but also with touches of acidity. But, how do you choose the news that ends up in the programs?

For the comedian Jean-Luc Barbezat, the first criterion is that the subject has been covered by the media: “Even if we have firsts, it is not in the magazine where we can reveal them.” […] Miscellaneous facts must be avoided, themes that have marked the year and continue to mark it must be taken up”, he explains into the Médialogues microphone.

Although we have firsts, it is not in the review where we can reveal them.

“For example, the Lausanne station works: we had imagined that this would be an issue that would affect the inhabitants of Lausanne, but a week before the premiere, Nuria Gorrite made an intervention with the Federal Council, it was broadcast by the media, and gives the sketch a little push. We are right on the news. That’s when we saw that we had chosen the right theme, ”she illustrates.

In order for the public to understand the sketches, the comedians must base themselves on references common to all. An exercise that the imitator Yann Lambiel is used to: “Let’s take Alain Berset. Before Covid, he only imitated Christian Levrat, the president of the Socialist Party at the time. Alain Berset was so unknown that he was doing Levrat who spoke on his behalf Because no one knew him.”

“Then Covid arrived, and Alain Berset, with his press conferences, became a common reference. So I had to start imitating Berset and forget about Levrat, who is now at La Poste (of which he is president of the board of directors, editor’s note).”

Make people laugh instead of conveying a message.

Magazines are sometimes not kind to politicians. Jean-Luc Barbezat specifies, however, that he does not intend to send a message. “What we’re interested in is transforming the news in a fun way. When we do the review, we don’t have a political point, but we try to find an angle that makes people laugh, without being divisive.”

“We’re not a political platform, and we all have different ideas. And sometimes the fun angle is the opposite of our ideas. We’re a bit like federal councilors, who sometimes have to defend ideas that are not their own,” he said. laughs the Neuchatelois.

La Revue vaudoise also tackles more sensitive topics, such as activism or cultural appropriation. Given the explosive nature of these issues, Yann Lambiel assures that it is not censored, but admits to being more attentive. “We think a lot, perhaps more than usual, for example about everything that is sexism. And it’s great, these are thoughts that we didn’t have before.”

My goal is for everyone to take what they want from what I say, not for me to say what I think 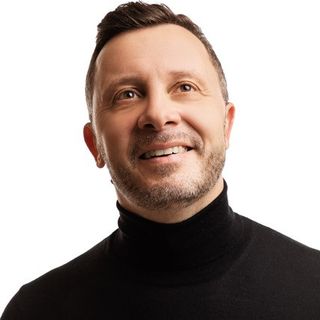 The Valaisian continues: “We think a lot about what could hurt, what could be taken badly, to keep it fun. Our goal is for people to have fun, especially these days. The goal is not to break or upset. It’s clear that these are sensitive issues, but I think we managed to keep it fun. My goal is that everyone take what they want in what I say, not that I say what I think.”

Jean-Luc Barbezat adds: “It pushes us to go further in writing. Without these barriers, we might have treated Nuria Gorrite and Christelle Luisier differently, for example. These ‘little pressures’ pushed us to write a funnier story.” , warm and inventive”. sketch than if we had put them in miniskirts getting drunk at the bar”.