Hanoi (VNA) – One year after the National Culture Conference was held, cultural development has been especially promoted in Vietnam, which considers it to be the engine of the country’s development. 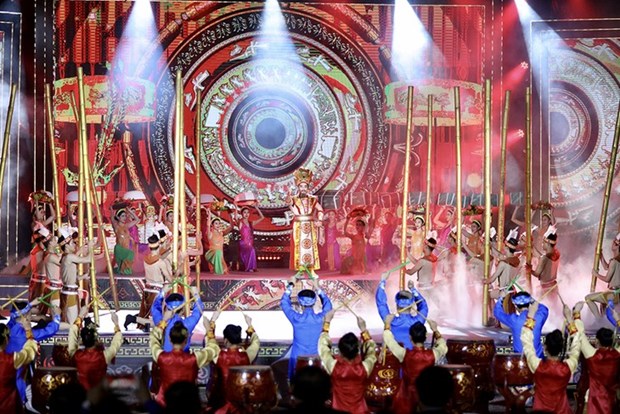 A show dedicated to the Hùng Kings, kings founders of vietnam. Photo: VGP

In his report submitted to the 4th session of the National Assembly of the 15th legislature, Prime Minister Pham Minh Chinh stated that cultural development was a priority for his government and local communities. The conclusion of the General Secretary of the Communist Party of Vietnam (CPV) Nguyen Phu Trong at the National Conference on Culture in 2021 has been implemented in practice. Culture is one of the fundamental endogenous forces of the nation, the Party leader said.

In the opinion of the Chief Executive, awareness of the role of culture has improved significantly. Many traditional cultural values ​​and cultural heritages of the country are preserved and enhanced. Cultural products and services are increasingly diversified. The country paid tribute to several exemplary figures of the patriotic emulation movement and the “All the people unite for a better cultural life” movement. Cultural and sports institutions have been created.

“We must develop all cultural sectors and ensure a balance between economic development, cultural development, the guarantee of social welfare and the improvement of the material and spiritual life of the population. More attention should also be paid to the preservation and promotion of heritage values, national culture and the cultural, tangible and intangible values ​​of the regions. We must invest in the construction and renovation of cultural institutions. We must also make the cultural environment in the public service healthier,” he said.

On September 8, 2016, the Prime Minister issued Decision No. 1755 approving Vietnam’s Cultural Industries Development Strategy to 2020, with a vision for 2030. The goals were ambitious. Cultural industries should contribute around 3% of GDP and create many jobs. 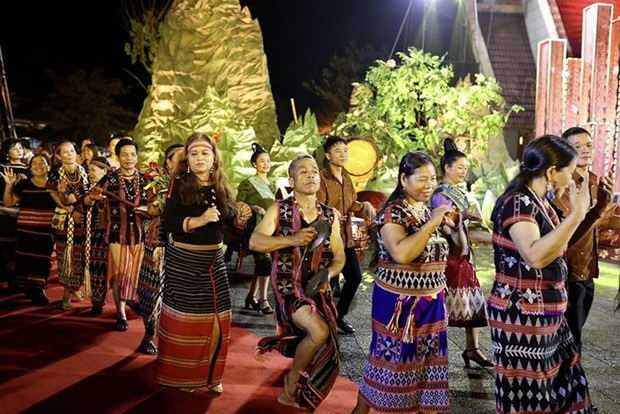 A show presented by locals from the Tây Nguyên region. Photo: VGP

In 2018, the cultural industries generated a turnover of close to 7.5 billion dollars, which represented 3.61% of the national GDP and created more than 3 million jobs, or 6.1% of the active population of the country. According to experts, these results have highlighted the important role of culture in socio-economic development.

Vu Thi Phuong Hau, director of the Institute of Culture and Development at the Ho Chi Minh National Academy of Politics, said culture is not only an indirect factor, but also a direct factor for economic growth. In fact, the development of cultural industries contributes to the rapid and sustainable development of many countries in the world, including Vietnam.

For the director of the Institute of Cultural Studies Nguyên Thi Phuong Châm, there can be no true social development without cultural development. Her point of view was shared by Doctor Bùi Hoài Son, permanent member of the Commission for Culture, Education, Youth and Children of the National Assembly.

“It is necessary to transform cultural values ​​into potential and economic advantages and put them at the service of promoting the country’s image. Therefore, the implementation of the cultural industries development strategy aims to achieve this end. In other words, cultural products must generate economic advantages, so that they give us soft power or a comparative advantage in an increasingly competitive world”, he stressed.

In a recent interview with Voice of Vietnam (VOV), Lê Hai Binh, deputy director of the Central Commission for Propaganda and Education, pointed out that cultural development is to promote the internal strengths of nearly 100 million Vietnamese, which was emphasized in the Resolution. of the XIII National Congress of the Communist Party of Vietnam. – VOV/VNA